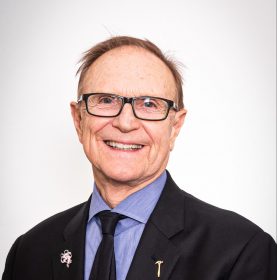 Mr. Lorenz is experienced in identifying and managing new technologies, financing industry consolidations and acquisitions, and providing initial and long-term financing for such ventures.

Mr. Lorenz is the co-founder and investor in several technology, solid waste, and manufacturing businesses in the US, and has served as a Board Member, Chairman, CEO and financial strategic advisor.

Mr. Lorenz co-founded Environmental Waste of America, Inc. (1986), and GlyEco, Inc. (2005) where he participated in all management aspects of chemical recycling and solid waste management, including mergers and acquisitions, as well as, vertical integration.

He served as President, Chief Executive Officer & Chairman of the Board of GlyEco, Inc. from 2005 to February 2015. He was the Founder, Chief Executive Officer and a Director of Environmental Waste of America, Inc. (EWA) between 1986 and 1993 until its merger with Envirofil, Inc., a public company that organized and directed in the 1990s a consolidation of the Solid Waste sector and merged with and became the management of Waste Management, Inc. (WM, NYSE).

Mr. Lorenz has published articles on diachronic survey research, and is an author and editor of the book, The Political Image Merchants, published in 1971. Mr. Lorenz is an “inventor” on several patents and is a frequent lecturer at Universities in the United States on capital structure, financial strategies, and equity development.

Mr. Lorenz is preparing a book for publication in 2021 on financial strategies and consolidations in challenging economic environments. He currently is an Adjunct Professor at Arizona State University (ASU), Sandra Day O’Conner College of Law. Mr. Lorenz is an active tri-athlete and epee’ fencer and regularly competes in fencing competitions/ tournaments and triathlons in the US. 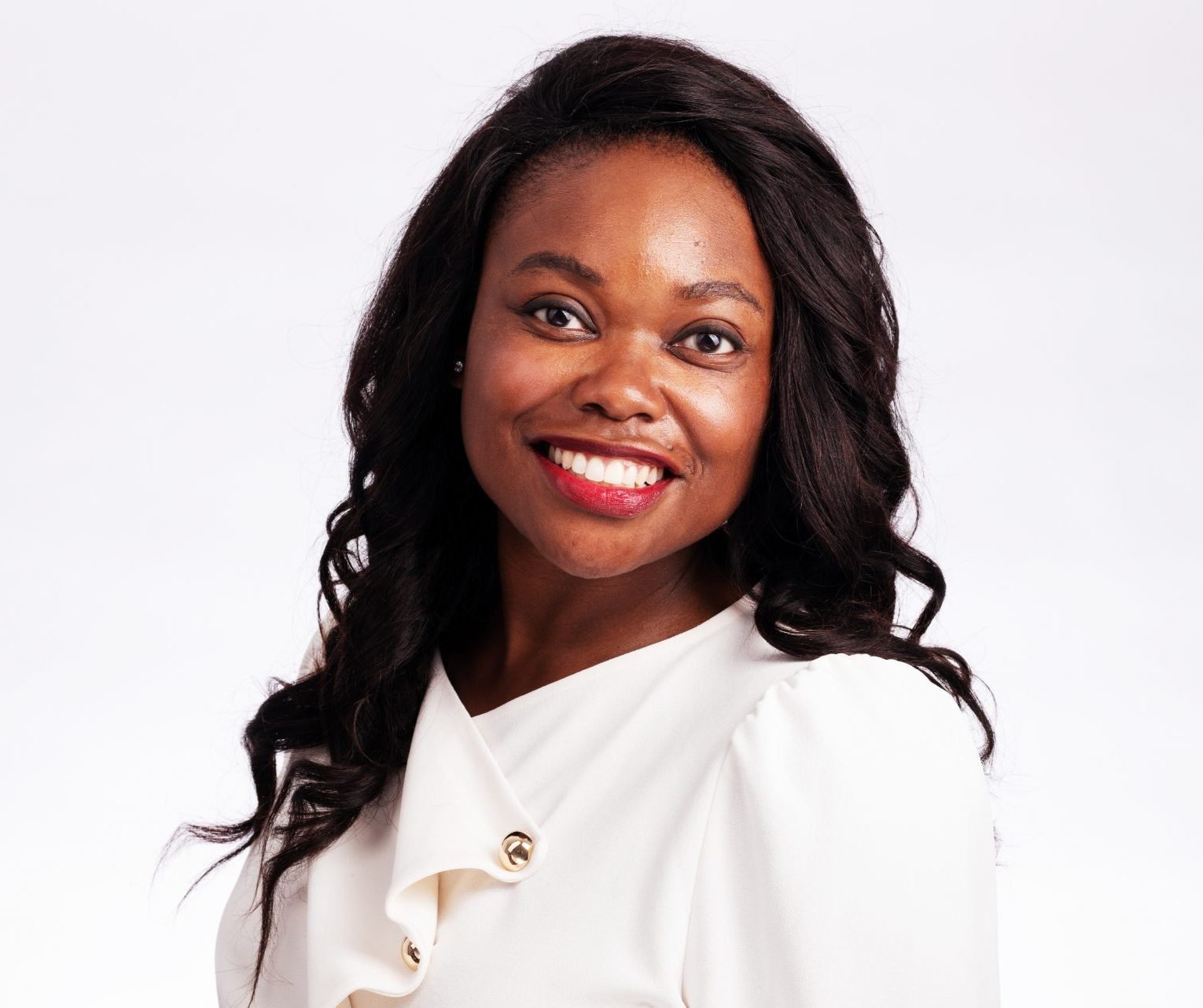 Director
Ms. Armalis brings seventeen years’ experience in the mortgage loan sector of the financial services industry. She has held senior positions for…
×

Ms. Armalis brings seventeen years’ experience in the mortgage loan sector of the financial services industry. She has held senior positions for several financial institutions, including BMO Financial Group, Wells Fargo and HSBC. She has deep knowledge of loan underwriting policies and practices, mortgage lending regulations, and evaluating complex financial documents. She has consistently been given the responsibility to advise and guide senior management on the establishment of controls to mitigate risk. Ms. Armalis also served as Senior Quality Assurance Analyst, where she monitored and ensured adherence to bank policies, internal procedures and government regulations, and Compliance Specialist, where she ensured compliance with consumer lending, mortgage banking, related servicing laws and regulatory matters at the federal and state level. She studied at Harper College in Palatine, IL. 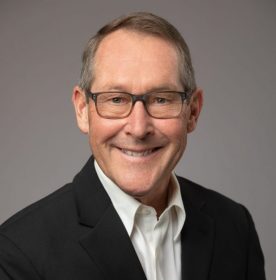 Director
Mr. Opler started his business career at World’s Finest Chocolate, Inc., Chicago, where he filled roles in both sales and factory management,…
×

Mr. Opler started his business career at World’s Finest Chocolate, Inc., Chicago, where he filled roles in both sales and factory management, He also was involved in design decisions and architect selection for a new office building for the firm.

Beginning in 1986, he became a commercial real estate agent in Seattle, specializing in apartment buildings, and then gradually transitioned into property development, with projects ranging from retail to high end housing in Washington and California. He also has been involved with the formation of small startup companies, and served on the boards of Seattle Chocolate Co., H2O Technologies, and GlyEco, Inc. He was a V.P at H2O Technologies, Inc. and chairman of the Board of Directors Audit Committee at GlyEco. In 2016 he was nominated by his political party for an unsuccessful run for a Colorado House of Representatives seat. 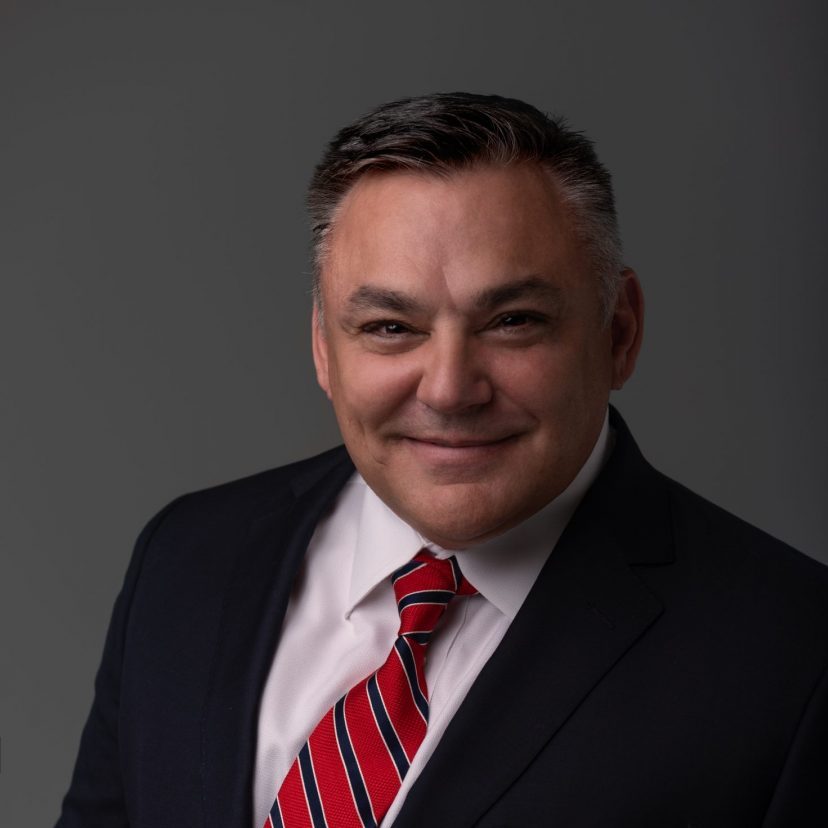 Director
Robert Strecker is a Sergeant with the Suffolk County Police Dept., an attorney and home developer. Some of his fondest memories growing…
×

Robert Strecker is a Sergeant with the Suffolk County Police Dept., an attorney and home developer. Some of his fondest memories growing up were assisting his dad at construction sites. After graduating from Ithaca College with a BA in Psychology he worked his way through Touro Law School working construction for his dad. After graduating Touro with a JD and passing the New York State Bar, he began working at a midsize brokerage firm as in-house counsel and compliance officer. While there he obtained the following licenses: Series 7, 24 and 4. Although happy in the securities field, an opportunity in law enforcement availed itself which also would permit him to pursue his true passion for building homes.

After completion of the police academy he became involved in his father’s growing construction business. Since that point the family business has built approximately 300 homes, condominiums and a marina. Robert is versed in all phases of subdivision development including procuring all approvals, installing infrastructure and construction of homes. The knowledge he gleaned from the hands-on experience of building in the earlier years has enabled him to construct high quality products. Doing the actual hands on building of a house from the foundation up gives one invaluable insight and problem-solving ability. In addition to home building, Robert practices law focusing on real estate matters.
Primarily he provides the following services for his clients: closings, obtains variances, procures zoning changes, and addresses environmental agency issues.

Robert lives with Jenn and their two sons Nicholas (15) and Robbie (7) in eastern Long Island NY. As a family they enjoy the beach and boating in the summer. In the winter months they head to the mountains to ski. 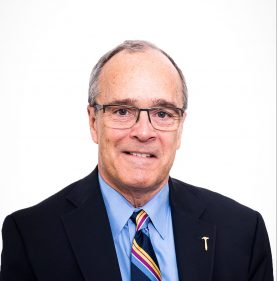 Chief Financial Officer
Mr. Windnagle is experienced in the financial and operational leadership of service companies with operational locations across the nation. He began his…
×

Mr. Windnagle is experienced in the financial and operational leadership of service companies with operational locations across the nation. He began his career in public accounting rising to the levels of audit manager and tax manager at Coopers & Lybrand and tax partner at McGladrey.

Mr. Windnagle left public accounting to become the CFO of a $350 million division of Tenet Healthcare, at the time the second largest publicly traded corporate owner of hospitals in the U.S. At Tenet Mr. Windnagle managed MSO’s in five major cities from the East Coast to Arizona. He also was responsible for the renegotiation of physician employment agreements within these MSO’s.

Mr. Windnagle went on to become the CFO of American Fire Protection Group, a $35 million private equity rollup of fire sprinkler and alarm operations with branches across the south- central U.S. After leading an organic revenue growth drive of over 40%, Mr. Windnagle was promoted to CEO at which time he led an acquisition initiative increasing the operational geography of AFPG to the East and West Coasts. Under his leadership the Company grew to $130 million in revenue with operations across the southern U.S. from South Carolina to California.

Mr. Windnagle holds a Bachelor degree in Accounting, an MBA in Finance and a Masters of Accounting all from Ohio State. He is the father of two children and in his spare time enjoys golfing with his wife in their hometown of Scottsdale, Arizona. 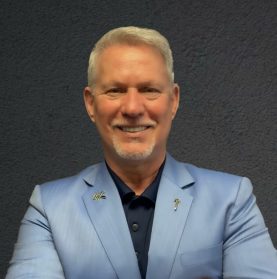 Mr. Iovieno has significant hospitality experience in recreation, sales, food and beverage management. He has real world disaster or mobile workforce support camp management experience as well as human resource management, staffing and company start-up. He spent years as an elected municipality leader with oversight of code enforcement and compliance.

His responsibilities include organizational, logistical and administrative oversight for NEWCO acquisitions, public offering, mergers and acquisitions. 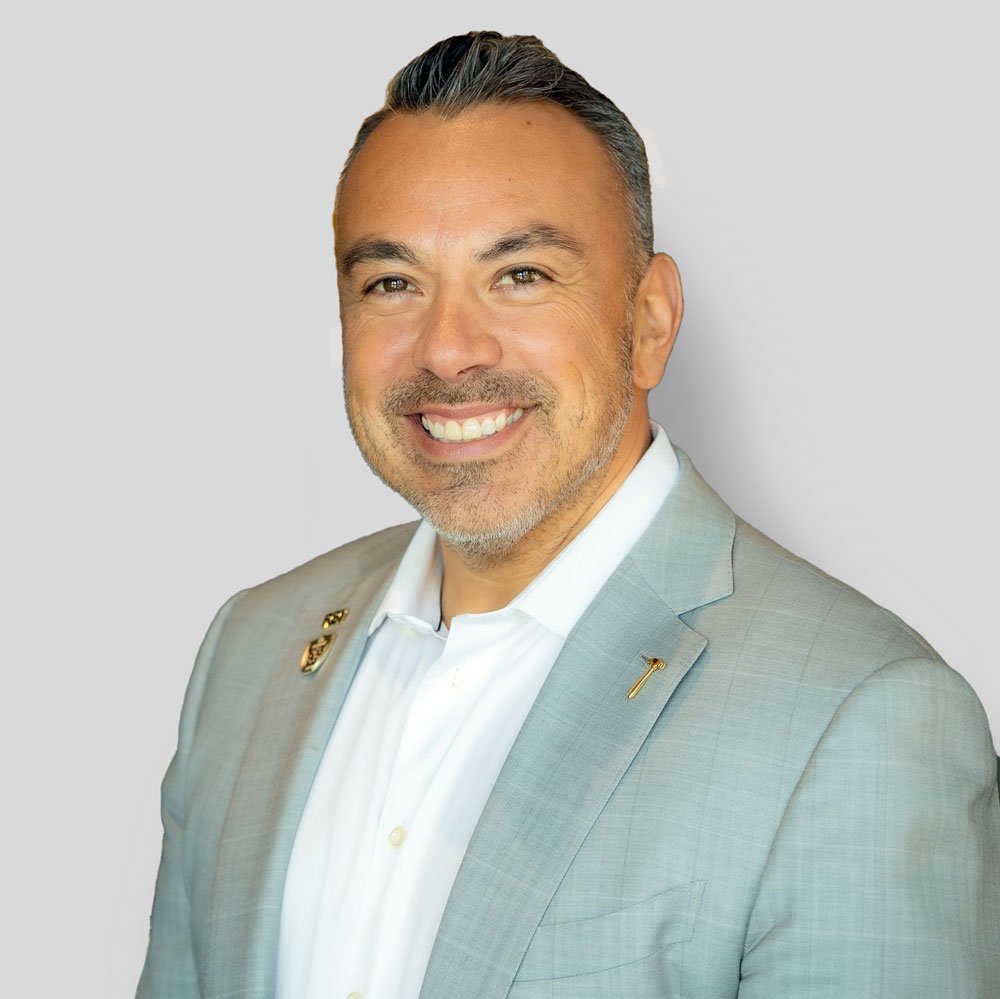 Michael Flores is a respected roofing industry professional who brings over two decades of sales management, business development and entrepreneurial experience to his new position. He founded a highly successful roofing restoration business in the greater Chicago area. He strove to create a company that operated with integrity – one that homeowners and employees alike could trust and count on. The company rapidly grew to about 100 employees and contractors, and generated over $20 Million in annual revenue. Mr. Flores joined Restoration Builders in 2019 and most recently served as Central Regional Director.